I've come to realize that parenting a kiddo with autism is as atypical as the kiddo himself. Err, what I mean is this. As a parent, I have different expectations for my boy. I don't mind Little Man walking around with crap on his face (I'll try to get it off, eventually... you know, once he is calm and I don't think my scrubbing his face will make him freak out). How many NT (NT= Neurotypical aka "normal kiddos") parents allow this? I know I always SWORE I wouldn't allow my child to do this or that. But here I am, encouraging a lot of what I was always adamantly against. So for "fun".. in my atypical parenting manner... I'm making a list about what my atypical child is allowed to do, even thought the NTs aren't so much. Add on if you'd like :)

1. Little Man can get as dirty as he pleases. And, as previously stated, I'm not going to jump the gun and scrub his face unless the moment is perfect. It's so not worth causing a meltdown. Everyone who sees his grubbiness can get over it. 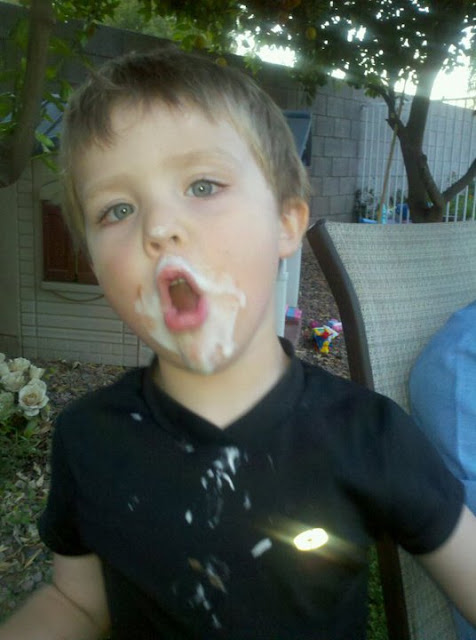 2. Little Man often has claws. Seriously. Claws. He used to scream in complete fear when I tried to clip his nails. I just recently got him to sometimes be alright with me clipping them. This is such a big deal that the first time I cut them without a fight he immediately received tons of praise, including this here sticker. 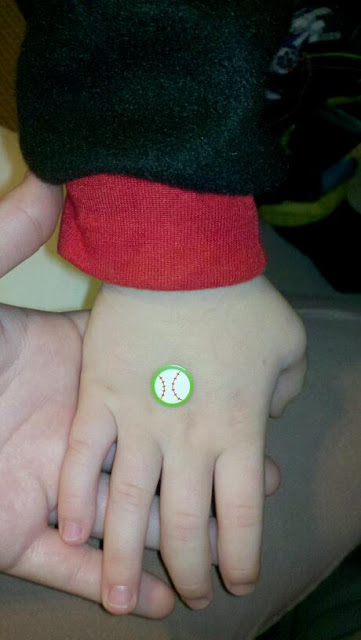 3. We still rarely wash his hair. In all reality, Little Man used to NEVER let me touch his head. He hated water near his eyes, which led to his OT (OT=Occupational Therapist) telling me to not sweat it. OT said, "Dry Shampoo once a week, ignore the other days. If he's up for it, gradually try getting his head wet. Eventually, add wet shampoo. Make it a process, and one that doesn't freak him out. Help him learn that water near his ears and eyes is alright."  Noted, Mr. OT. Actually, still noted. Little Man is now a fish, and I still only force him to wash his hair every third night. He'll live.


4. Speaking of hair... the boy goes from a buzz cut to ringlets on purpose. He hates getting his hair cut (hates is an understatement) so he gets to go long and shaggy. So glad it's kind of "in". 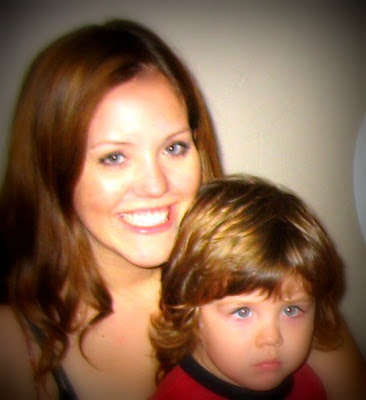 5.Little Man is allowed to have backwards or inside out clothes day. If he actually tries to help me get him dressed (normally he's a limp log and I just get him dressed... or he's fighting it) and he happens to put it on wrong, then CHEERS! I'm thrilled he made the effort. I don't care if he does it wrong. I hear NT parents talking about how their kids have to look all prim and proper, and I seriously want to scream, "You have no idea how lucky you are that your child can do that by themselves! Be proud, not perfect!" The other day he had his shirt, underwear, and pants ALL on backwards. This is how he tried to put it on... and I wasn't going to fight it. Actually, I was thrilled. 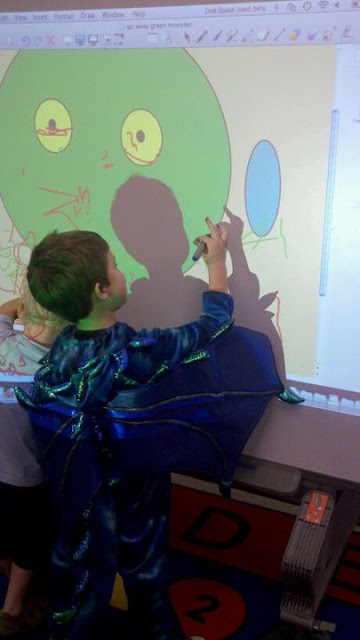 7. Little Man is allowed to talk as loudly or as often as he wants... and I really, truly, seriously try hard to not be the parent that thinks/says, "If he would only have a mute button," etc. Little Man was a super late talker, and with his autism, I've seen him regress hardcore in speech. So talk away, Little Man. Talk as loudly, obnoxiously, crazily, non-stop as you want. No mute buttons, here. 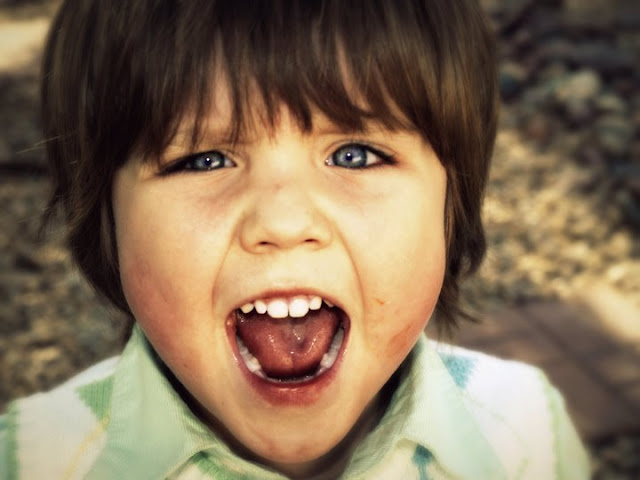 8. Little Man can be as touchy feely as he wants. I'm blessed with a child on the spectrum who doesn't know how to keep his hands off of people and things. He is a cuddle bug, and doesn't understand personal boundaries. He will never, ever, be kicked out of my bed because I know how lucky I am that he embraces my hugs. Some people get mad that Cay is rubbing their arm. Me? I'm just thrilled that he isn't biting, kicking, hitting, spitting, or sticking his hand down your shirt (the boy is a booob man. blame it on breastfeeding, but he is! Not for anything but comfort, either).  I'm more than happy to tell someone who points out their having a problem with my touchy-feely boy this very information... including the boob part. Because, seriously, get over yourself stranger that doesn't like kids. 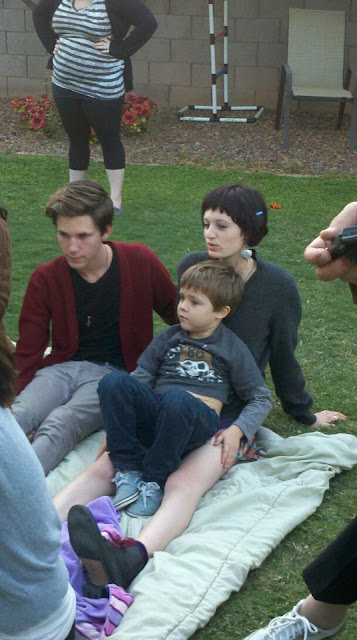 9. Different priorities are welcomed. I recently signed him up for baseball. I figured, sure, it's not going to be easy, however, it will introduce some really fundamental ideas to him. Patience, taking turns, learning how to self-regulate, etc.  The boy spends 60% of the time with his hands in the dirt. The other 35% of the time, he is hitting his glove saying, "hey, batter, batter, batter" over-and-over-and-over-and-over-and-over again. The other 5% is saved for when he is eating dirt, licking the fence, or mouthing the bat. Clearly, we're pushing for the 35% category. I'll take repetition any day. Might I add that his being on the team is creating a great amount of Autism Awareness?? =P 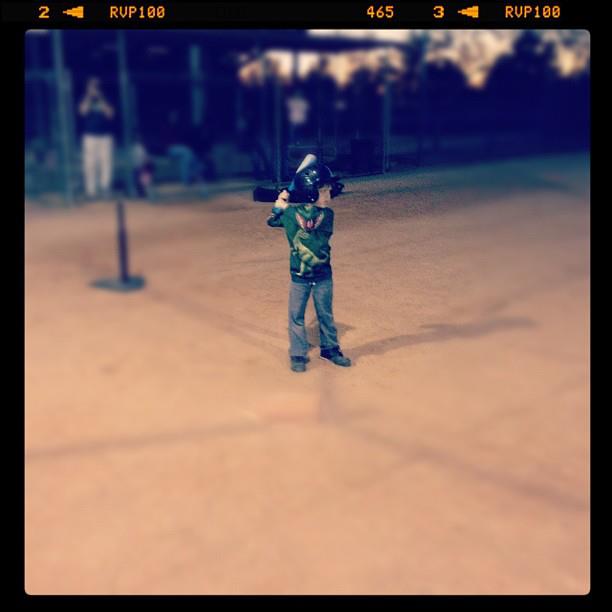 10. Dinosaurs are where it's at. I actually have defended Little Man's IQ with his amazing dinosaur skills. Sure, he doesn't know his ABC's, he can't count very high, he can only sing you his name, he repeats the last thing he heard without comprehending it ( =echolalia), and he doesn't spew out academic knowledge like his preschool peers. However, my boy can name so many dinosaurs that the average Joe has to google just to stay caught up. He knows the different time periods, whether this dinosaur was a carnivore, omnivore, or herbivore, and he knows both the evolution and Christian theories as to why they went extinct. Just today we had this conversation (more like a statement from him, but it was directed to me... so it counts as a convo in my world): "mommy, when I grow up I going to be a teacher, too. I going to teach high school, too, but I be a boy teacher. You can teach letters, but I teach about dinosaurs. Is that a good idea, mommy??"   Low IQ, umm.. No. 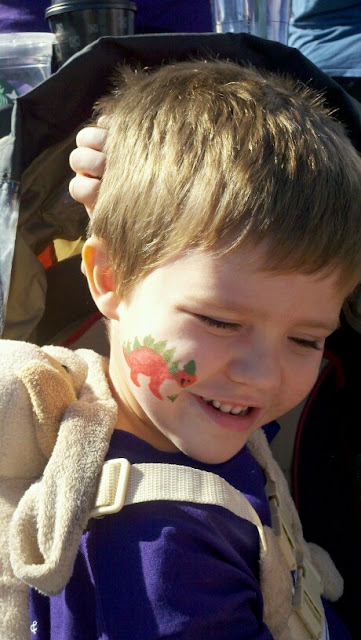 11. Little man can jump and twirl and flap all he wants. This includes on his bed if he doesn't find his mini trampoline to fit his needs momementarily. period.


12.We celebrate the little things. He got a pair of shoes in the mail the other day, which become a "New Shoe Party". The first time he tried sushi (he's a temperature-specific kind of guy; textures don't phase him unless it's stringy) we had a "Sushi Chop Success Party".  Seriously, life is a party with Little Man. Maybe I'm in for it when he becomes a teenager. That or I'm just amazingly blessed that this boy has given me the perspective that he himself has... where we can stop and smell the roses, but simultaneously not stress over the rose's thorns. 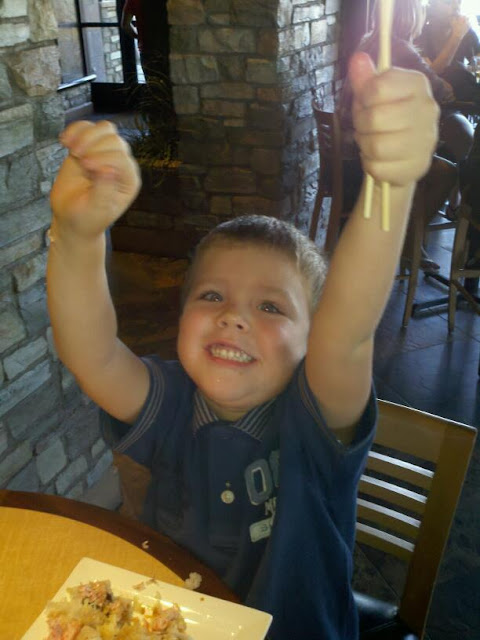 Email ThisBlogThis!Share to TwitterShare to FacebookShare to Pinterest
Labels: Autism