Snip, without the Buzz

Never a good combo.
Well, at least not until lately.

Today, I successfully gave Cay a tear-free haircut! Oh, yes, this mommy did!! 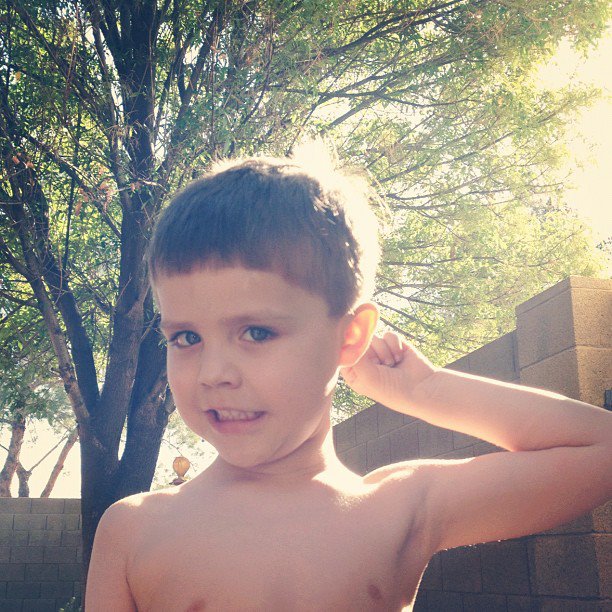 I recently discovered that he is afraid of certain noises, touch, and what he isn't familiar with. Surprising for a kiddo that has sensory processing disorder? (SPD- something most kids with autism have that basically means that their senses are hyper and difficult to process.)  Not so much.
The first big feat we had were his nails.. as mentioned in my blog before this. I let his nails grow out into claws. Seriously. Claws. They were disgusting. He looked like some poor neglected child that CPS was waiting to take away. Too bad he is the OPPOSITE of neglected. Anyways, I gave him a break from nail clippings so that he would "forget" about the fear... while, in the meantime, clipping my own non-stop around him with a smile on  my face. This is how I first convinced him to give clipping the nails, without screaming in fear, a shot. When it comes time to do his own, I give him a tight secure hug (he's sitting on my lap) and he has one hand on my hand (the one holding the clippers) and the other hand is where I'm holding one of his fingers. I tell him he's "helping" me get his nails shorter. Once we get through a few nails, it's sticker and phone time! I then do a few more nails the next day, and the next, and then the next. Ideally, this makes it a consistently scare-free event, and I reinforce it with lots of praise after (including a sticker/phone time).
As for the shampoo part, after months of only dry-shampooing his hair (yuck) and months of swimming lessons, he now tries to do his own hair. The bad news is that his hair looks greasy because he doesn't quite wash out the bubbles. The good news? We don't have to fight for it, his hair isn't as nasty/flaky as it was when we were in our dry-shampoo phase, and his hair smells edible. Mmmmm.
Now, we just need to work on my scissor skills. But, at least we've taken care of the hardest part.. 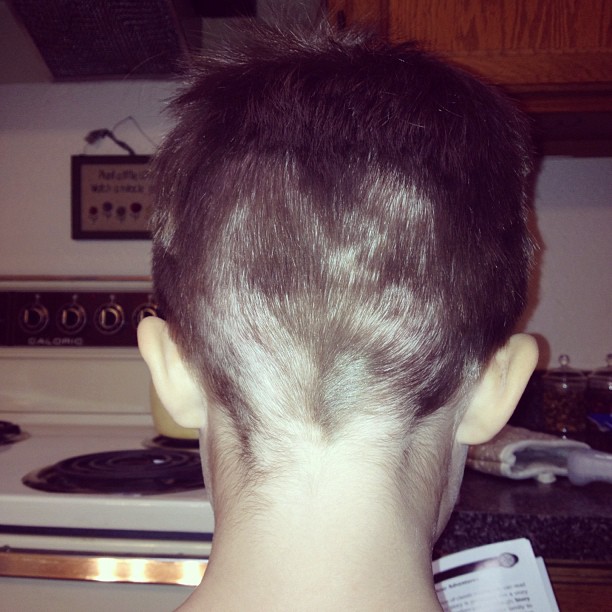